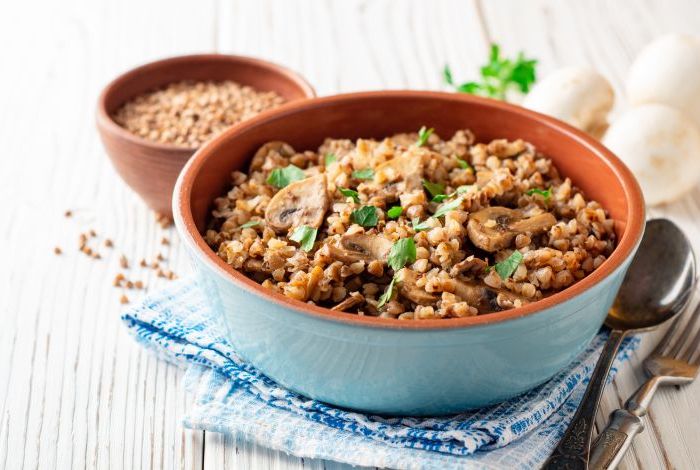 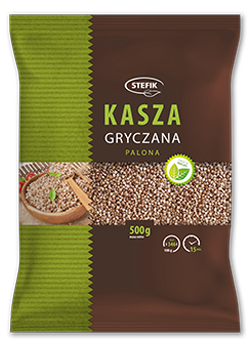 Boil the groats according to the recipe on the package and then drain off. Whip the whites (do not whisk until thick), add to the groats and mix thoroughly. Next, put the groats into a casserole dish and in an oven preheated to 150 degrees. Often stir and keep in the oven until the grains dries up.

Once dried, add boiling broth and cook. Put it back in the oven until the broth soaks into the groats.

Dice champignons, shred onions. Brown all with a little olive oil and then add to the groats.

Grease the casserole dish and sprinkle it with breadcrumbs, then add the groats mixed with browned champignons.

Mix the cream with the yolks and pour on the groats. Sprinkle grated cheese on top.

Bake for 40 minutes at 180 degrees. It tastes delicious when served with Coleslaw salad.